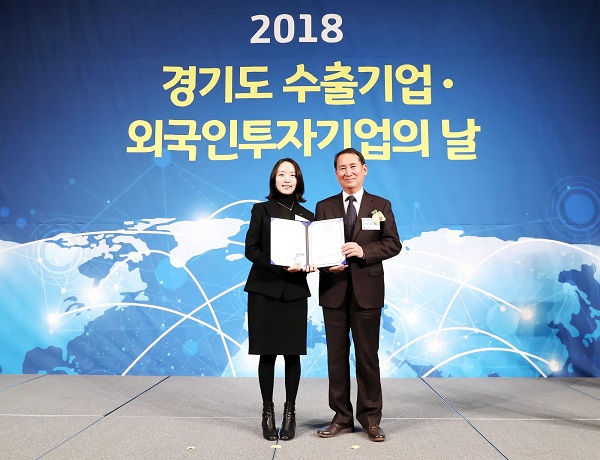 JSMFOOD (CEO Jung Seung-won) won the GEA President’s Citation in recognition of its contribution to export innovation at the “2018 Gyeonggi-do Export Companies and Foreign Investment Companies Day” event. The event was held at the Ramada Plaza Hotel in Suwon on the 13th, attended by 400 executives and employees of 200 companies in the province.

Founded in 2014, JSM FOOD is a dessert and HMR company that sells powder, jelly, ice cream, and soup premix products in cafe categories such as yogurt, ade, and latte. It is expanding its sales not only in Korea but also in China and Vietnam.

“Most of the items currently being exported to China and Vietnam have received the halal certification (IFANCA),” said Jung Seung-won, CEO of JSM FOOD. “Based on this achievement, we plan to increase our exports to Southeast Asia, starting in 2019.” He added.